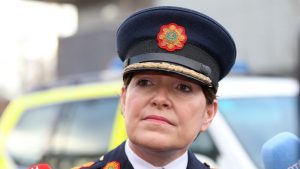 “The Irish public has the right not to have a blast of halitosis in their faces when they approach an officer to ask the time or the way to St Stephen’s Green,” she told a meeting of senior Gardai officers.

But a spokesman for the Garda Representative Association (GRA) claimed that Commissioner O’Sullivan was over-stepping the mark when she commented on Gardai’s personal oral hygiene.

“She has no right to criticise orally my members oral technique,” said a GRA spokesman through gritted but rotting teeth. “Beside abscess makes the heart beat faster.”

“From next month, all gardai will expected to show up for work with their teeth properly brushed and their breath smelling fresh,” O’Sullivan told the meeting. “Gardai with bad breath may well blow their jobs.”

A speaker from the floor asked the Commissioner what action they were expected to take with officers who have false teeth.

“Any officer found with forged teeth will be charged under the Criminal Justice (Theft and Fraud Offences) Act 2001.

“Furthermore, any Garda station found to be accepted false teeth handed in by members of the public claiming they are lost property will be censured,” she said.

“Did you say dentured, minister?” asked a reporter from RTE with hearing difficulties.

Meanwhile Minister for Justice Frances Fitzgerald said her department would be issuing a booklet to all Garda officers about the need to regular brushing and flossing. The book is to be published by An Gúm.

Solo artist Brexit Bill is to undertake his first continental tour in 2019 when his contract with the 28-piece band The Europeans comes to an end.

With his contract due to run out in two years time, Brexit Bill said: “It is time for me to go it alone. It worked for Robbie Williams, Diana Ross and Frankie Valli, so I think it’ll work for me.

“They all started as part of a group but soon discovered that they could so much further as a solo act.”

Starting as a solo artist will no be all smooth sailing for Brexit Bill.

“I don’t actually intend to do much sailing or flying in the future. I’ll be keeping myself to myself.”

Among the hurdles Brexit Bill will have to climb perhaps the hardest will be how he leaves the group and still remains friends with the other members.  In the past he has argued and fought with some of them.

At several times in history the animosity between Brexit Bill and the other members of the band was so bad that it was described as a war.

President-elect Donald Trump today announced that he will be moving his cabinet to the extreme right of the Oval Office. Speaking on ABC News, Mr Trump said: “When I met with President Obama the other day, he showed me around the White House. I noticed that an expensive mahogany cabinet was prominently placed in the centre of the room. I have decided that it should be moved more to the right.”

He denied that he was moving the cabinet from its prominent position because of its colour. President Obama, he said, would be moving out of the White House just before the inauguration.

Mr Trump went on to echo his predecessor President Richard Nixon, when he said: “There will be no white wash at the White House.” 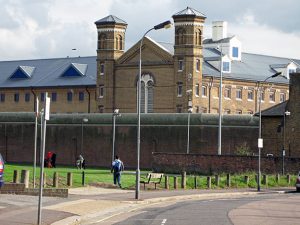 A rooftop protest has brought chaos to many of UK prisons this afternoon.

The protest started when members of the Prison Officers Association (POA) downed tools and assembled on the roof of Wormwood Scrubs Prison (above) in West London in the latest action for better working conditions.

Convicted murderer Sam “Chopper” Bloggs, 36, said: “This is a diabolical liberty – if you can use the term liberty in a place like this.  The guards just stopped work at 2.00pm at the end of their shift and no one replaced them.  I am living in fear. Anything could happen.”

Thirty-year-old Tom “Fingers” Thumb said: “I’m doing a ten stretch for house-breaking. How can I feel safe with all my valuables in my cell if the doors are left open and we have no guards keeping law and order. I mean, this place is full of thieves.

Home Secretary Amber Rudd told the House of Commons this afternoon that all that could be done was being done.

“All that can be done is being done,” she told a crowded Commons.

Meanwhile Prime Minister Theresa May said on a visit to Washington to the White House from the outside gate of the Presidential home: “We will not give in to blackmail. These prison officers can stay out on the roof for all I care. They are behaving like a bunch of common criminals.” 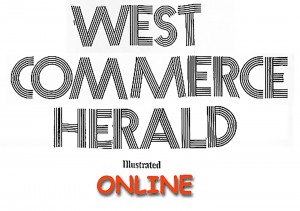